In July of 2022, the Department of Justice charged three individuals in the first-ever insider trading case concerning cryptocurrency. This move reflects the US government’s increasingly aggressive commitment to regulating crypto.

As a product manager at Coinbase, Ishan Wahi had sensitive knowledge of about the timing and content of upcoming listing announcements on the exchange platform. These announcements usually resulted in a dramatic increase in the value of the asset. Coinbase warned its employees against trading on confidential information or providing it to others. Between June of 2021 and April of 2022, Wahi fed insider information to his brother, Nikhil Wahi, and his friend, Sameer Ramani.

Based on the confidential information, these associates used Ethereum blockchain wallets to purchase at least 25 different crypto assets. After the assets were listed, the group generated gains of an estimated $1.5 million total.

The Role of Online Communities

The group’s illegal activities came to a halt in April of 2022. When a Twitter user active in the crypto online community tweeted about a massive purchase that occurred just prior to an asset listing, Coinbase was quick to reply that an investigation was already underway. 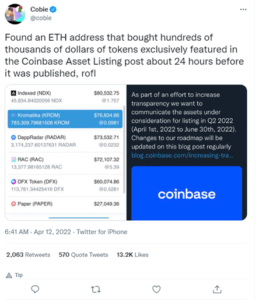 However, many users online were skeptical of the ability of regulators to keep up with fraud perpetrated in the cryptocurrency space.

This case points to fundamental questions about the cryptocurrency market. What was Coinbase’s responsibility for monitoring its employees’ use of confidential information? Does the Department of Justice have the same responsibility to monitor fraud involving crypto as they do financial securities? Do purchasers of crypto give up their rights to protection by trading in an unregulated asset?

Governments Struggle to Keep Up

The defining feature of cryptocurrencies is that they are not issued by a central authority. Theoretically, that renders them immune from government interference or manipulation. Nonetheless, governments are concerned about the opportunity for crimes like fraud and tax evasion made possible by crypto platforms.

In response, governments across the globe have responded with a patchwork of regulations. For example, the People’s Bank of China (PBOC) bans crypto exchanges from operating in the country. Furthermore, China placed a ban on bitcoin mining in May of 2021.

In the United States, regulators can’t even agree on a definition of the nebulous asset. The Securities and Exchange Commission (SEC) views cryptocurrency as a security, while the Commodity Futures Trading Commission (CFTC) treats it as a commodity, and the Department of Treasury calls it a currency. Crypto exchanges in the United States fall under the regulatory scope of the Bank Secrecy Act (BSA) and must register with the Financial Crimes Enforcement Network (FinCEN).

The charges brought against this insider trading ring demonstrates that governmental regulation is an inevitable part of the present and future of cryptocurrency.

The insider trading case is not the only recent blow dealt to the crypto market.

This month, a federal jury convicted a man of fraud for marketing and selling fraudulent virtual currency. Between 2014 and 2017, the founder of My Big Coin defrauded investors by making misrepresentations about the assets. Randall Carter of New York claimed that Coins was a cryptocurrency backed by $300 million in gold, oil, and other valuable assets. He also falsely told investors that My Big Coin had a partnership with MasterCard. Carter defrauded investors an estimated $6 million which he spent on collectibles including artwork and jewelry.

In a move surprising to many, Tesla sold 75% of its Bitcoin holdings in July of 2022. The coins were valued at almost a billion dollars. Elon Musk cited concerns about COVID-19 lockdowns in China as the reason that Tesla moved to maximize its cash position. Still, the massive sale added uncertainty to the already volatile crypto market.

Regarding the charges brought against Ramani and the Wahi brothers, U.S. Attorney Damian Williams declared: “Fraud is fraud is fraud, whether it occurs on the blockchain or on Wall Street.”

As an accounting firm, we can’t provide investment advice or protect our clients from predatory investments. We do, however, take seriously our ability to share relevant information. Every year, we see more questions from clients about their obligations to report crypto income and their ability to deduct losses. As governmental agencies in the US and around the world strengthen the regulations around cryptocurrency, change is a certainty. 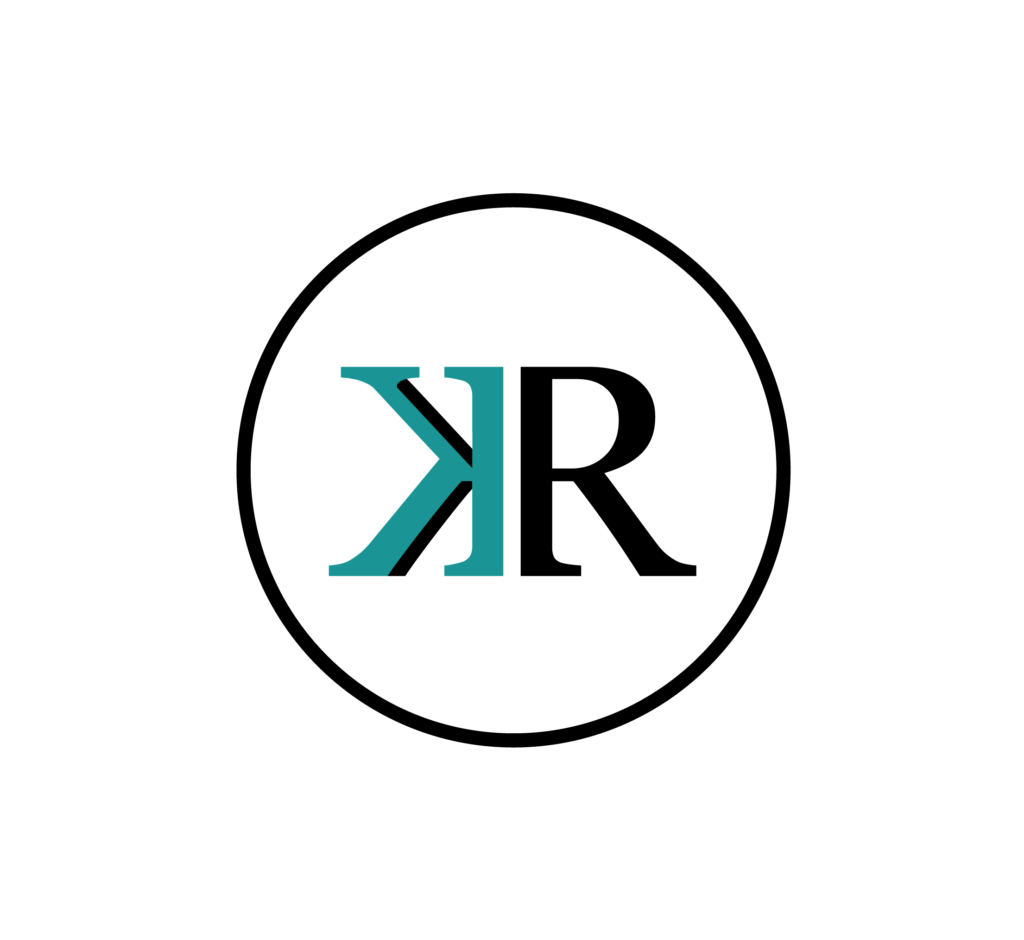 K&R is one of the fastest-growing professional services firms in Arizona. We specialize in industry expertise focusing on progressive tax compliance, consulting, and small business advisory services.

Named one of 2021’s Best Places To Work in Arizona, K&R is dedicated to solid relationships, integrity, and going above and beyond. Our commitment is to “expect more.”

Where to Find Us